It all began with trying to create a material that could generate ultrasonic waves at high temperatures to monitor assets, such as pipelines, in the industrial space. IITian Tarun Kumar Mishra, working with professor Krishnan Balasubramanian at IIT-Madras, cracked it. “Professor Krishnan told me the industry had no continuous monitoring technology. So, I looked into the field,” says Mishra, who graduated from IIT in 2013.

DeTect technologies was founded in 2016 by IIT-Madras alumni Daniel Raj David, Harikrishnan AS, Karthik R and Tarun Mishra, along with professor Krishnan Balasubramanian. It was chosen as the winner of the ‘Best on Campus’ category at the ET Startup Awards last year. Existing investors Bharath Innovation Fund, Axilor Ventures and BlueHill Capital Pvt. Ltd also took part in the latest round, DeTect said in a statement. The funds will be used to double employee count and expand in the UK and Europe, and for building manufacturing capability for mass production of its patented technology products, Gumps(an ultrasonic sensor) and Noctua(drone). Extending a big financial support to escalate its IoT products and drone production and manufacturing, SAIF Partners, Bharat Innovation Fund, Axilor Ventures, BlueHill Capital Pvt Ltd and a few angels from the Keiretsu Forum have invested $3.3 million in Chennai-headquartered DeTect Technologies. Currently having orders within India and working with USA, UK, Portugal, and Singapore, this latest Series A infusion of growth capital will be used for international expansion, for building manufacturing capability for mass production of their patented technology products GUMPS and NOCTUA and to also supplement the core R&D focus of the company. 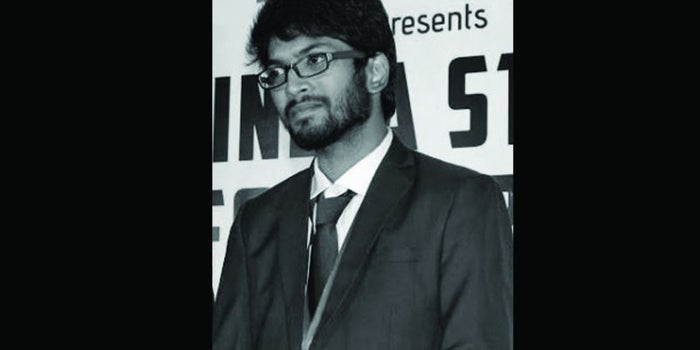 The Indian Institute of Technology Madras incubated Detect Technologies is among the unique innovations that India should be proud of. The realization that he had was in industrial space, particularly oil and gas, especially with assets that are static like pipelines, where David saw immense scope for technology development using internet-of-things, deep learning, and predictive monitoring and maintenance. The start-up has built the world’s first sensor that can monitor the performance of pipelines in real-time at high temperatures for a long range to avoid defects and corrosion. “Previous technologies could do the same only till temperatures were close to 100-120? celsius. One improvement in technology, especially in this critical space can lead to a plethora of use-cases and advantages. Most critical pipelines are at temperatures between 200 to 400? Celsius,” asserts David.

Chennai-based Internet of Things venture Detect Technologies has won the best start-up award at the Fourth Wharton India Start-up Competition, which is organised by Wharton India Economic Forum. IIT-Madras-incubated Detect Technologies is into design and manufacture of perimeter-intrusion detection systems that can predict and detect oil and gas leakages. The firm boasts of owning the first real-time pipe-monitoring system in the world. The company was awarded $12,000 in cash at an event in Mumbai. In-game advertising platform GreedyGame and agriculture analytics firm CropIn Technology Solutions were among other top winners. 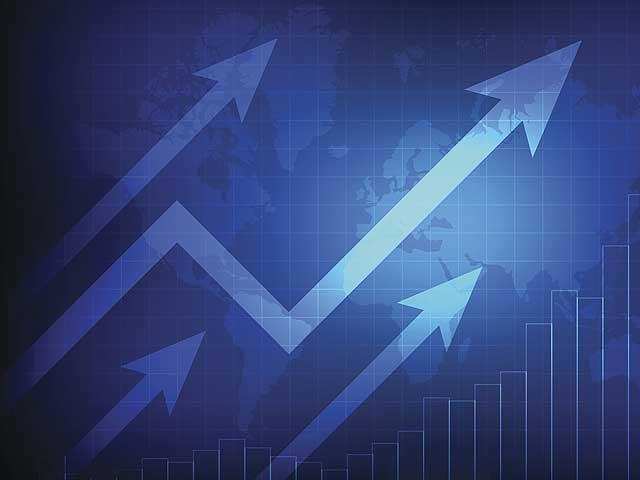 Detect Technologies, one among the several startups from the incubation cell at IIT Madras, was chosen as the best startup to have emerged from a college campus for 2017. The startup was founded by IIT-Madras alumni Daniel Raj David, Harikrishnan AS, Karthik R and Tarun Mishra along with professor Krishnan Balasubramanian. 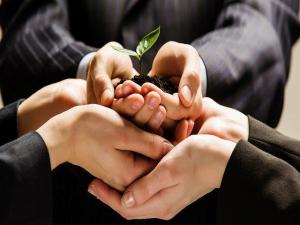 Chennai-based Detect Technologies, an IoT start-up, has raised seed funding from the Keiritsu Forum, Centre for Innovation, Incubation and Entrepreneurship (CIIE) and Axilor Ventures. The amount that the company has raised is not disclosed, and the round was led by AJ Ventures and investments of the Refex Group. Founded by IIT-Madras alumnus Krishnan Balasubramanian, who is currently a faculty member at the University, Detect Technologies works on high temperature solution, remote monitoring and continuous monitoring. 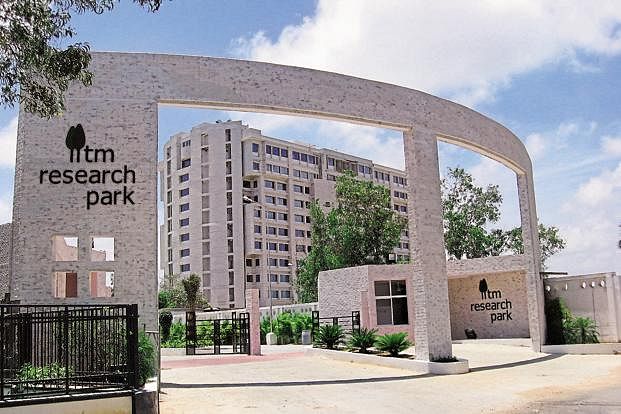 A start-up incubated by the Indian Institute of Technology – Madras, brings technologies which can be used to monitor pipelines, which carry crude oil, chemicals, nuclear substances and very helpful in decreasing the multidimensional loss, which occurs due to oil and gas leakages. DeTect Technologies, founded by IIT Madras alumni Daniel Raj David, Harikrishnan AS, Karthik R and Tarun Mishra along with Professor Krishnan Balasubramanian has won ‘The ET Startup Awards’ ‘Best on Campus’ category directly linked to the Indian Institute of Technology, Madras which brings a holistic solution to the inspection needs of energy sector focusing mainly on the pipeline integrity management. 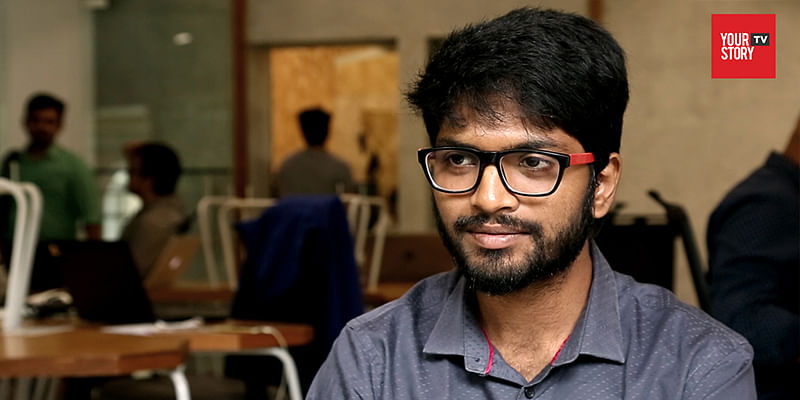 If you think that young entrepreneurs in India are only interested in doing more of the same thing—e-commerce, foodtech, and hyperlocal—then you could not be further from the truth. This bunch of engineers, who have just graduated from IIT Madras, are setting their sights on a niche sector. Twenty-two-year-old Daniel Raj, who is the Founder and CEO of Detect Technologies, along with a 40-member team of hardcore techies, is building an innovative solution for heavy industries, especially the oil and natural gas industry.

Entrepreneurs Organisation on Friday announced the winner of EO GSEA India National finals with Daniel Raj David, a student of IIT-Madras emerging as the winner from India. David received a cash prize of Rs 50,000 and secured his place to compete in the global finals in Frankfurt, Germany where he will compete amongst winners from 50 plus countries during April 27 to 29, 2017. The final regional event in Ahmedabad saw as many as 19 finalists from across India competing for the award. T5E’s Made in Insti series continues with a feature on Detect Technologies, where we interview Daniel Raj David (Dual/ME/2017), one of the founders and CEO of Detect Technologies. In this article, we explore Detect’s origins, products and future expansion plans; discuss their competing in the high tech Oil & Gas leakage inspection technology field; and end with some candid advice for upcoming entrepreneurs. How was Detect born? Though the company was formally incorporated in February 2016, the technical and managerial teams had been working and building together since 2013. The vision that held them together was that of creating cutting edge technologies that could perform intelligent asset monitoring.

A start-up incubated by the Indian Institute of Technology - Madras, has won an award for a product it has created. Its technology is likely to be used while laying pipelines which carry crude oil, chemicals, nuclear substances in various countries around the world. The team from DeTect Technologies, which includes students from the Institute that developed the product, topped among the 20 start-ups that participated in a recent competition organised by the U.S.-India Startup Forum and American Bazaar online. The technology provides answer to a common difficulty that industries face - detecting leakages. Pumped up about Gumps

It was a hot Friday afternoon when I entered the IIT-M campus, where I was to meet Daniel Raj David, a fourth-year mechanical engineering student and co-founder of Detect Technologies. “You can meet me in the machine design section,” his text message said. . After entering the campus and looking absolutely clueless about my surroundings (with its long, winding, wooded avenues, it is a world in itself, the IIT-M campus!), I finally reached the machine design section. Low murmurs of students and the drone of a machine greeted me.

He was born years after the Bhopal gas tragedy of December 1984. But had Tarun Kumar Mishra been born before, his invention might have saved thousands who died breathing the toxic methyl isocyanate that leaked from the Union Carbide plant. Tarun, awaiting his convocation from IIT-Madras this month-end, and now at his Sakchi home for a breather, has invented DeTect, a sensor that can detect industrial leaks. Tarun, an alumnus of DAV Public School, Bistupur, said he devised the sensor with mentor Krishnan Balasubramaniam.

Pumped up about Gumps

Industry X.0 is the digital reinvention of industry, where businesses use advanced digital technologies to transform their core operations, their worker and customer experiences, and ultimately their business models. New levels of efficiency are achieved in the core of R&D, engineering, production, manufacturing and business support through integrated systems, processes, sensors and new intelligence.

ET presents Oscars of the startup sector where the who's who present to award entrepreneurs for their pathbreaking work and the new kids of the block get recognised for their innovations. ET Startup Awards recognises excellence in entrepreneurship in eight different categories.

The EIA is an annual competition that gives students around the world the chance to develop innovative ideas in collaboration with Ericsson experts. It’s a fantastic opportunity for Ericsson to inspire and be inspired by some of the brightest young people on the planet.

Tata Innoverse is based on the principles of Open Innovation. The main objective is based on the fact that not all the talented people work for us and we cannot only rely on our internal capabilities to solve all our problems. With this objective, through Tata Innoverse, we are calling all the talented people globally to take a look at our challenges and participate in solving them. All the solutions that get selected, get implemented and the solution providers get rewarded.

Previous Next
For queries get in touch with us